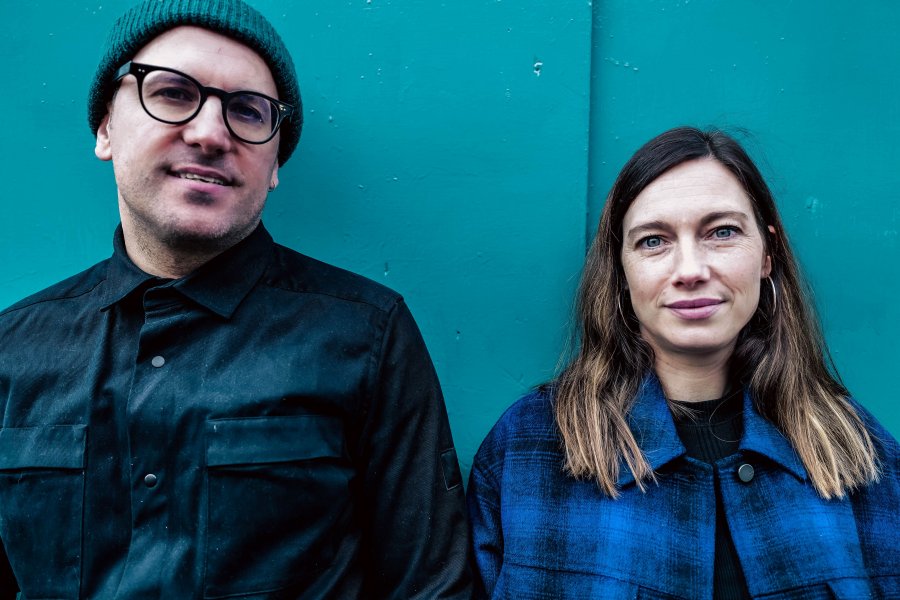 Slinky, subtle and laid back, â€śFlickers of Youâ€ť is a musical exploration of the quieter parts of a long-term relationship. Emerging from a songwriting exercise with reference to the Periodic Table that Kieran had immersed himself, the tune only really started to come together when Emily walked into the room, added the vocal chorus and left again - one of those random moments of magic that all of the best songs rely on.

As with its predecessors, this song was recorded in Attica Studios with Tommy MacLaughlin - who used a basic drum machine as guide percussion for the tune but instead of it being replaced with something more sophisticated, as was intended, it became the perfect foil for the accompanying instrumentation and melody.

Driven Snowâ€™s releases over the year have brought them a steadily increasing level of coverage including a feature in Sunday Times Magazine and airplay throughout Ireland (including National playlists on RTE and BBC NI) as well as plays across the UK and as far afield as USA, Canada, France and Spain.

Driven Snow will be playing their first live shows up close and very intimate in early 2023!

Shows so far confirmed are:

All shows are very limited capacity so buy early to avoid disappointment!

Tired of forever being sounding boards for each otherâ€™s songs, Kieran and Emily have been working away quietly on a collaborative musical venture for a few years.

Little by little Driven Snow began to emerge in the shape of a collection of songs that are at odds with, yet informed by, the duo's collective musical outings (Kieran as a lynchpin of Delorentos and Emily as a vocalist with Republic of Loose and Stars On Fire). The pair decamped (with children, grandparents and all) to Donegal, taking their musical sketches up to Tommy McLaughlinâ€™s Attica Studios (Villagers, S.O.A.K., Pillow Queens) and encouraging them to grow into simple, gentle tunes with a big heart and a common soul.

At the beginning of 2022 Driven Snow was ready to take a step into the real world... Their opening salvos have offered a tantalising hint of the yearning curiosity in their songwriting via a mix of classic harmonies housed in uncluttered acoustic and electronic sounds. Influences include Neil Young, Beach House, Cat Power, Scandinavian TV shows and fireside beers. The realities of life as a musician in modern Ireland have never been more beautifully articulated.

For their new project Kieran and Emily have a simple aim: that Driven Snow will make music that they would listen to - music that means something.